‘The Moon Inside You’ Film Fundraiser

If you have any interest in supporting women in developing countries to have dignity and a full life…
Come and immerse yourself in an intimate evening of film watching, wine, nibbles, door prizes and a silent auction.

A journey to the roots of femininity and life… the movie ‘The Moon Inside You’ is a fresh look at the menstruation taboo that defines the political and social reality of both women and men in a more profound way than society might be willing to admit…. the award winning documentary approaches the subject through both personal and collective references, thus challenging our preconceived idea of womanhood. 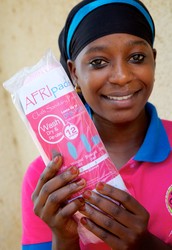 Come and support this very needed cause!

The MERCURY cinema is right next to the Jam Factory.

For women and girls to live healthy, productive and dignified lives, it’s essential that they are able to

manage menstrual bleeding effectively; something that western communities largely take for granted.In Uganda, PLAN for Girls are supporting local women to make low-cost sanitary pads so that women and girls can afford to use these products. It’s a win-win approach, as women have gained a source of income and new skills, and their female customers now have access to an essential hygiene product.

As well as addressing women’s practical needs, PLAN for Girls is also promoting better awareness among women and men to reduce embarrassment, cultural practices or taboos around menstruation that negatively affect the lives of women and girls.

$20 will provide 4 Ugandan girls with washable and reusable sanitary menstrual kits for one year.
Getting your period can be confronting for any girl. But in Uganda, many girls don’t have the resources or support to prepare for menstruation.

Brought to you by…

Fiona House of Your Body Your Temple and Leanne Muffet.
For more information, please contact Fiona on 0416 473 163.

So far, our current sponsors for The Moon Inside You fundraiser include…. 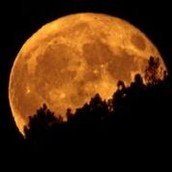 Join our Facebook Event page for even more info!

A few deeply personal thoughts on the process of my pregnancy.  Its taken me a few years to be open enough to share these.  I think all women need to know how pregnancy shifts the body not just physically, but emotionally, mentally and spiritually…

As soon as I found out that I was pregnant, I noticed a shift in the reality of my world.  The space in which I lived encompassed my work (to a large extent), my home and the land we live on, and also the topigraphical area from Victor Harbor to Houghton, in the Adelaide Hills, where my family lived.  Within these mapped areas, I lived the majority of my life.  As soon as the pregnancy took hold I felt my world shrink.  The barrier, or edge that my life was lived in was marked, and I could feel it slowly becoming smaller and smaller.  My work immediately was affected as my workload capacity immediately shrunk, and I saw less clients in a day to adjust to the decrease in energy levels and so I could have an afternoon siesta each day.  I also expereinced very painful sacroiliac pain all throughout my pregnancy, which limited my ability to exercise and keep fit.  As the weeks went past and they turned into months, my life became very much centered around my home and what I needed to do to prepare for this little being.

When I left work at 34 weeks I noticed another major shift in the world in which I lived.  This edge, or barrier shrunk again as my working focus dissipated completely and my life became focussed on the birth.  I lived each day in my Pj’s in the last weeks having restless nights and feeling like a swollen water buffalo.  I went out less and less, and each trip became harder and harder to achieve.  Even pushing around a shopping trolley in the supermarket became a hard task!  I slept a lot, and really relished in the nesting hormones and cleaned my house, and prepared my babies room.  I felt my world, as the weeks go on shrink to point that my life was only lived within the boundaries of my home.  In the last weeks, the only visitors I had were those who were to be present at the birth, and my family.  My world was getting smaller and smaller each week and each day.  When I did have to go out and get something I felt distinctly separated from the rest of society.  I felt like I was in a bubble, and the world was traveling too fast.  I let go of driving as I felt like I had to drive too slow to feel safe.  I could not turn to see my blind spot, and sitting in the car became uncomfortable as my belly rested on my legs.  My walk became a slow cumbersom waddle and my mind just wanted to rest, read and meditate.

This bubble around me seemed to cloud me, and put me in a different space from the rest of the world.  I was highly sensitive to the superficial aspects of society, and only really felt at ease when people came into my home, where my bubble felt less obvious.

The day I was in labor, this edge that I felt shrink my work had continued to shrink for so many weeks and days, that today, it was only me, and the space about 1 meter around me.  As my labor progressed more and more it continued to get smaller and smaller and smaller until it was just about me, and my breath.  It became so small that my mind could only be in the present moment.  There was not the space for me to jump ahead in my thoughts, or be in the past where we had come from.  To birth this baby, I was being held in the complete present moment.  Each contraction forced this focus, and this bubble became so small that it felt like I was in that space between the breath in, and the breath out.  I had to hold myself on this pin point of present time and feel relaxed in a world that had shrunk to a place smaller then I thought existed before.  What is ironic is that in the smallness of this point, was also the most expansion within my being….

It was like I was in a tunnel as soon as I became pregnant, and then it shrunk over the weeks, with different parts of my life dropping away.  I had to move through with my family and friends, and then eventually alone, just me walking through this tight space.  People there cheering me on, and yet alone at the same time.

The day she was born, and having her on my belly, was the point when I reached the other side.  My world immediately began to expand again.  First it became about my new family, this beautiful baby, Tim and my midwife.  Then over the days my family, and my home again.  For weeks this bubble of my reality hovered around my bed and living room.  Soon the kitchen was included, and other friends came and visited.  It slowly expanded and opened up to a new life.  It was like I had entered a world in which I never knew existed.  All the rules were different and all the priorities I previously had had changed.  It reminded me of the scene in The Matrix when the choice is offered to take the blue or the red pill.  I feel like I took the pill at pregnancy, and now at the birth, I had arrived in this new world.

When my little girl was 6 weeks old, I felt another big shift in the space of my world.  These 6 weeks are the first 40 days.  Many old traditions speak of looking after the new mother fir the first 40 days and not letting her do anything around the home.  She is catered for, and taken through a healing journey.  Many would go into a cave or private hut with their new born, and only greet the rest of the village after this time period.  I really understood this.  After 6 weeks I felt that I was able to leave my cave of hibernation and begin to show my little girl to a select group of people.

I became very conscious of this time being what some call ‘The Fourth Trimester’.

Thank you for choosing Your Body Your Temple.  Every time you come for an appointment in clinic or to the Moon Lodge, we donate a portion of our proceeds to our three selected charities: Treesisters, Because I am a Girl and our Plan Australia child sponsor Priyanka.